In 2010, Evelyn Troester got together a group of singers she knew for a random gig on a Monday afternoon. Four years later, what became the Ghostlight Chorus has travelled the world, sung alongside The Rolling Stones and been called “beautiful” by Vogue. By VOGUE.

How did Ghostlight become one of the preeminent choirs in NYC, leapfrogging wholesale others that have been around for decades? That will now be revealed in Peatix’s exclusive interview with Ms. Troester, and tonight at Ghostlight’s final concert of the season, where those interested can hear firsthand the choral phenomenon that is the Ghostlight Chorus of NYC.

How did Ghostlight come to be? And where did you get name for the group?

In 2010, a composer asked me to provide a talented 12-part-choir for a memorial service at the 92nd Street Y in Manhattan. I reached out to several amazing singer friends and they graciously agreed to perform with me at the memorial service on a Monday afternoon in April, singing a very difficult piece, one-on-a-part, and with one rehearsal only Sunday night before the service.

When we walked the first time into the magnificent concert hall of the 92nd Street Y that ominous Sunday evening for rehearsal, it was completely dark, except for a single light bulb on a stand in the middle of the stage. Its light rays illuminated the historic outline of the theater and touched the edges of the seats in the great hall.

When I inquired about the light, the composer told me that it was a tradition to have a ghost light on each theatre stage and that it was there to “keep bad ghosts away, and to keep good ghosts company.”

That’s how GHOSTLIGHT came to be, and many of the 12 initial singers are still in the choir today, four years later. Staying true to the high level of complexity and beauty of that very first piece (which was “The tide rises, the tide falls” by Nathan Scalzone), the choir performs some of the most challenging choral repertoire available for a cappella chamber ensemble. When did you know you wanted to be a conductor?

I never really planned to be a conductor; it just somehow happened naturally.

My first love was the piano. My second was singing. I was also an avid collector of sheet music and my favorite activity was to sight read through new material for both piano and voice.

When I was 16, I spent a year abroad in Michigan. There, I played piano for the all-state choir competitions, had my first official voice lessons, and became music director of a musical at the local high school. When I returned to Germany, I founded my first choir, a small mixed-voice ensemble for the high school seniors. Perhaps that’s when I started to identify as a conductor.

Over the years, I have worked with ensembles in many different forms, from professional choirs to children’s choirs, jazz choirs, vocal improvisation groups, big symphonic adult choirs, orchestras, bands, big bands, etc. What I have learned is that leadership is not a title, it is a process. It requires continuous commitment, determination, motivation, self-reflection, creativity, and a bunch of humor. I can’t just call myself a conductor by “waving my hands around” and expecting everyone to sing in tune: To conduct is to create connections, and that is a life long aspiration. It is not easy to describe what it feels like to be in these moments, so forgive me for becoming a bit poetic.

“It feels like flying. Like surrender and efficacy, like safety and wildness at the same time. It is the immense joy that comes with being fully present. Breathing and feeling. It feels like there is nothing you can’t do and nothing else you should do than to be in that moment.”

The most challenging is to make these moments possible. It involves relentless musical work, deep listening, and awareness of the present. It takes time and touring and trust building. Vowel work. Preparation. Practice. And more vowel work.

And all of this can only happen when each singer feels safe, seen, and is engaged. Ghostlight is renowned for its marketing and PR efforts. What is the secret to getting the word out about your concerts?

Being active on social media, having a huge comp list, inviting students, collaborating with other ensembles, and delivering inspiring performances on a consistent basis, so that audience members tell their friends about us.

What does the future of Ghostlight look like? Do you have any grand plans for the group?

We would like to become a 501-c3 non-for-profit organization, get a fantastic board together that will help with planning, marketing, and especially fundraising, that, hopefully and eventually, will help us to transition into an organization where not only the music is on a professional level, but in which each singer’s contribution is financially recognized.

The even grander, much more important plan for GHOSTLIGHT, is to continue to be a community of singers that love and respect each other, and because of that carry on to grow, socially and musically. 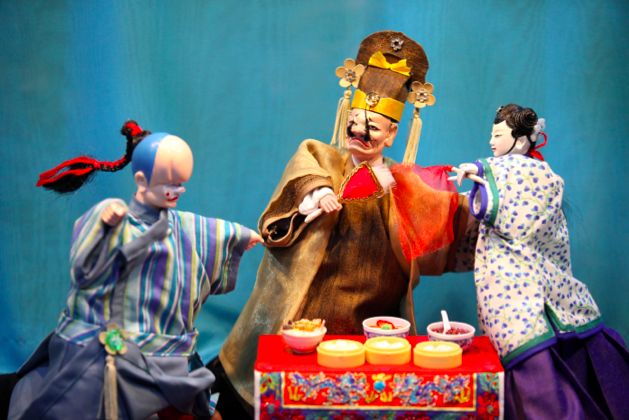