The Comedy Club: An International Affair with the Funny Bone

Set in the cosy outdoor alfresco area at Addictions in the posh dining locale of Dempsey, the stage was all prepped and the venue packed to a full house by 8:30pm for The Comedy Club show. With three class acts in one night by a renowned international cast, we knew for sure we would be in for a comedic treat. To add icing to the cake, up and coming stand-up comedian, Fakkah Fuzz, hosted the evening. He was so hilarious he could very well be part of the evening’s ensemble!

The line-up
All three comedians had uniquely different personas and styles but they all shared one thing in common – using an apparent stereotype or “disadvantage” (typically one they possess) to their comedic advantage.

1. Ian Coppinger hails from Ireland
Who ever said alcohol’s necessary to get a crowd going? All we need is an Irish to tickle us silly with anecdotes and jokes on the well-known beer crazy stereotype of his motherland. Taking a slight on his height (or lack thereof) was also a big part of his act. No beer needed to get our endorphins pumping in this case!

2. Bob Kubota, the Japanese, the Asian American, what have you.
Of Japanese descent growing up in America, he takes a sly stab at his ethnicity once every while. Bob also lends a witty perception into the English language, perhaps influenced by his journalistic background. He once mentioned, “The word syllable needs three times of what it really means”, the irony! Even his own profession as a comedian was left un-spared to the blade of affectionate sarcasm. Intellectually brilliant.

3. Tommy Dean, Arizona-raised Sydney-sider
An astute comedian, he effortlessly weaved audience responses into his act. He obviously researched into Singapore, poking fun at our imported beaches, the multitude of shopping malls, plastic surgery being top 10 things to do, and so on. Yet, the audience loved it! Coming from America and having lived in Australia for 20 years, he gave us a sneak peak into current political affairs and snippets of his life in both countries, in typical comedic fashion of course. A definite crowd-pleaser and fantastic end to the night.

And with that, it was exit stage right. If you’re looking for an alternative form of entertainment to wind down or crack up with after a long day’s work, The Comedy Club Asia’s line up of stand-up comedians is certainly one to look out for.

It was great we could help spread the laughing bug along through hosting this event on PeaTiX! Follow Comedy Club Asia on our PeaTiX mobile app to keep informed of upcoming stand-up comedies. 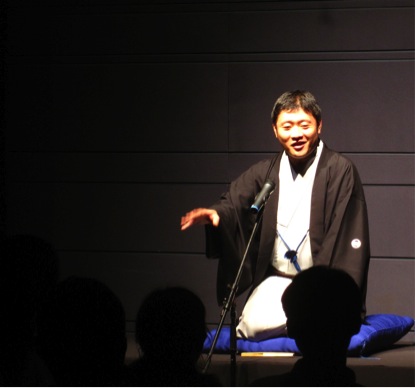