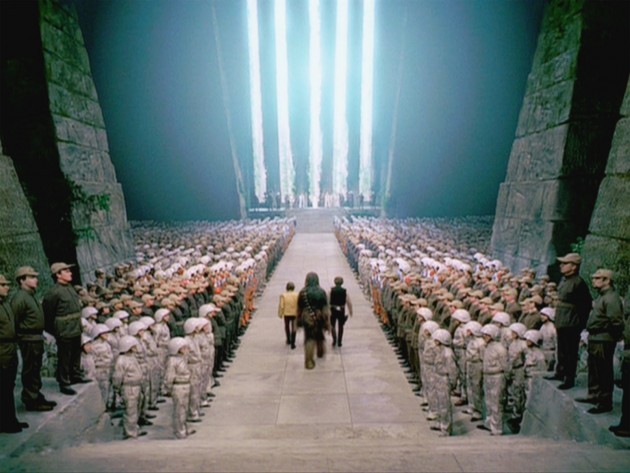 Above: the event held at Peatix HQ to announce the release of Auto-follow

For anyone who has ever struggled to market events: we’ve heard your plea. We’ve labored day and night to come up with a solution; forgone meals and bathrooms; taken mind-altering drugs (namely cappuccinos); neglected our friendships; and most direly, stopped checking Instagram.

Auto-Follow works like this: when someone buys a ticket to an event, they automatically become a follower of the event organizer on Peatix. This means that when the organizer publishes a new event, the follower is alerted right away.

In an internet where getting news out to existing fans is uncannily difficult—cutting through Twitter’s noise, Facebook’s rumored hiding of posts, and email’s high unopen/unsubscribe rate—the follow feature we’ve created provides an unobtrusive medium for event-goers to learn about new events when tickets go on sale, and for organizers to automatically reach previous customers. Attendees are of course given the option to opt-out of following the organizer.

An example: an orchestra that presents concerts of famous soundtracks and scores releases tickets for its first ever concert. At this point they have no dedicatees to the group, no email list they’ve built up or significant social media following. However, when ticket sales are said and done, the orchestra counts 47 new followers. Which is 47 people who will know immediately when the next concert is announced. Another example: there’s a popular indie concert venue in Brooklyn, which holds concerts nearly every night of the week and brings in a thousand acts per year. Thus, some music fans only hear about the few bands they like, while letting scores of other great shows pass by. Now, with 109 Peatix followers, the concert venue more adeptly reaches concert-goers with word of new bands passing through.

Convinced Auto-Follow is of game-changing stature yet? No? Well then another example is in order! Consider this: say there’s an organizer who hosts only one, at most two events a year. In between, they have little communication with attendees, and as a result re-marketing the event every year is an unimaginable pain. But because last year’s attendees as still following on Peatix, they are automatically alerted about this year’s event.

Auto-Follow is now doing for event organizers what anesthesia did for amputees, completely taking the pain away from the process of marketing to previous ticket buyers. But, unlike the amputee, you’ll (hopefully) come away from the experience with your limbs intact!

For further reading, have yourself a look at this post on strategies to increase event awareness: https://eventblog.peatix.com/organizer/sg/accelerating-event-awareness-up-by-32-82-how-three-organisers-did-it

Previous Post Backstage Pass: 5 facts about Clarence, the organiser of Bandwagon’s Music Market
Next Post Behind the Scenes with the crew of Adult Playground: Bigger, Bolder, Better