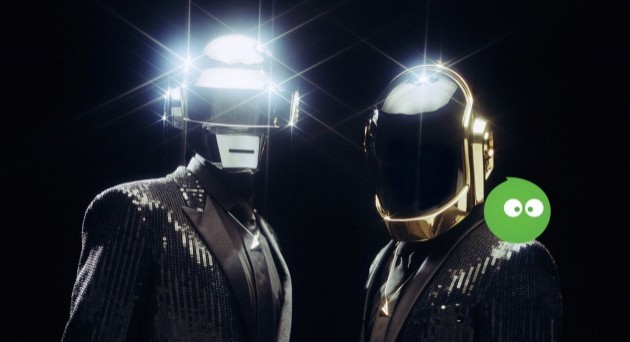 It has taken the music industry an excruciatingly long time to adjust to a new reality: music access is free. Painting the innovation of peer to peer networks as illegal and inflicting fear upon 10-year-old boys who just want access to Baha Men’s “Who Let The Dogs Out” from Kazaa, the rise of the Internet has created a myriad of opportunities for artists that are still largely hidden from view. The most exciting avenues I see are direct artist-to-fan networks.

A noteworthy advancement has been Skrillex releasing his first full-length album “Recess” as an easter egg in his mobile game Alien Run. If dubstep hails from the future, Skrillex has definitely hit a note on the future of music promotion. Kevin Arnold is correct when proclaiming that “it’s time for richer more interactive experiences.” Always a vocal trailblazer, Radiohead’s Polyfauna game is also noteworthy. I’m personally surprised there aren’t more music video game collaborations. But. I digress. In another win for EDM, the new Deadmau5 subscription service has the potential to strengthen this direct relationship with fans while the “labels are still completely overlooking the artist-driven subscription model.” Props to Tiësto who starting doing this in 2012.

There are lessons to be learned from the most successful of the bunch, Jay Z. First, it’s imperative to protect the privacy of your fans. Second, make sure it works. Third, make sure it lives up to the title. I’m not hating though, since HOV managed to get the RIAA to update how it counts digital sales which is quite an accomplishment. But what if you’re starting out and don’t have a programmer on hand or an agency to do all this work for you or Beyoncé to help clear your mind? The future is bright, my friend. The current landscape of networks like SoundCloud, Spotify, and Last.fm are efficient discovery tools and traffic drivers — especially on top of Facebook and Twitter — but it’s no secret that they aren’t reliable sources of income. The good news is there are more networks being built to provide more opportunities for artists. OpenAura helps artists take control of and manage their image while getting a cut of the revenue generated from the images being shared. BandApp helps artists aggregate their content in one app with direct access to their music and shows. Phoncert allows fans to listen in on shows when they don’t have the luxury of being under the same roof.

The 21st century band manager needs to not only traverse this rapidly changing landscape, but embrace it and practice leadership by creating opportunities where none currently exist. Whether that’s creative direct-to-artist channels, well-executed social media campaigns, or leveraging the networks I mentioned above, there are many victories to be had. We are honored at Peatix to play a part by reimagining ticketing. Cheers!

Previous Post A Case of Crowdfund Her Live!: 3 atypical facets about organising events
Next Post Singapore Theatre: Speaking directly to your audience with Peatix